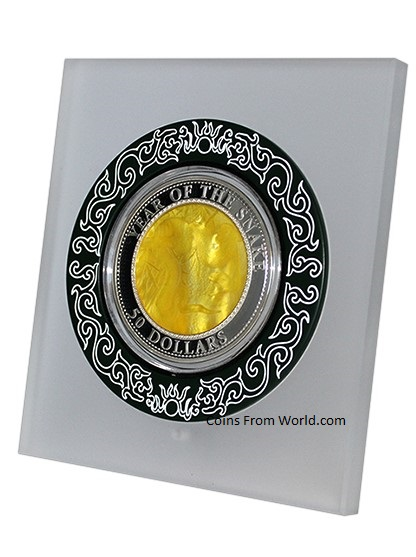 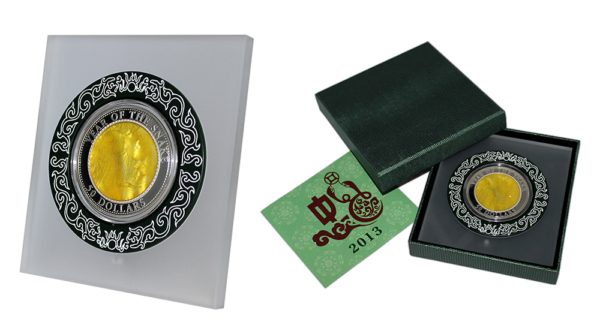 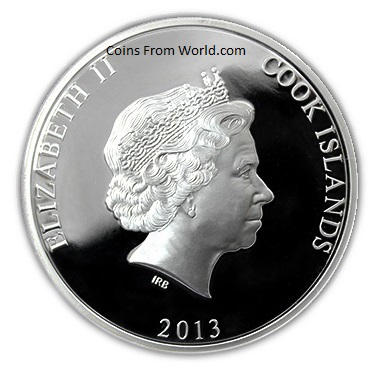 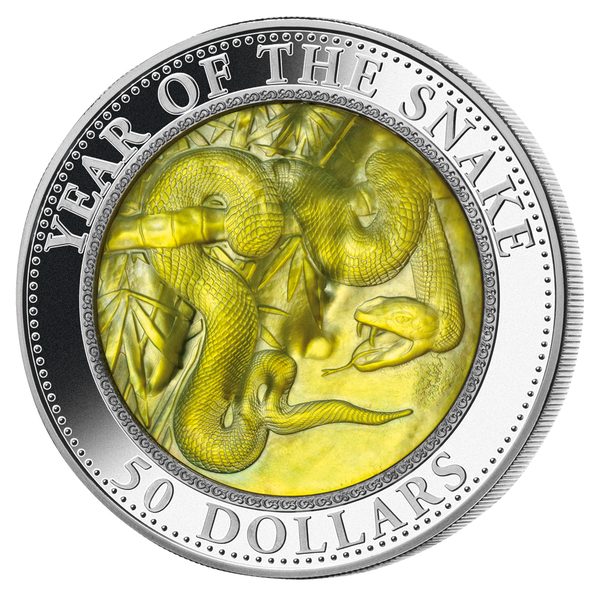 The second coin in the Mother of Pearl Lunar series

With an inner core of real, unique Mother of Pearl

Coin comes in elegant box with a Certificate of Authenticity

The Pearl Lunar Series of silver coins has been enriched with a new piece – the Snake Mother. As this is the case of the series, the coin is available in limited mintage of 888 pieces worldwide. Be hurry and order yours before it runs out! 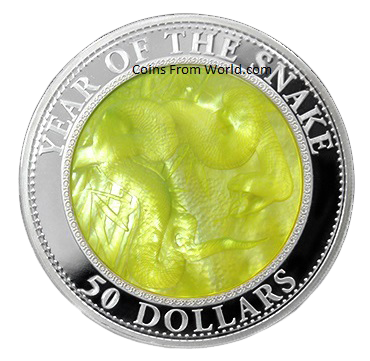 The reverse of the coin includes the image of the Snake Mother captured in motion. The creature can be seen with its mouth open which makes it very dangerous. Above the image there is the inscription “Year of the Snake” , below it – the face value of 50 dollars. The beauty and uniqueness of the reverse is emphasized by a precious pearl whose elements are inserted in the piece.

The obverse of the coin depicts the image of Queen Elizabeth II with the date and place of issuing (The Cook Islands).

Each coin is delivered in a beauty box cushioned with black fabric. A Certificate of Authenticity is included.

The series is dedictaed to an ancient Chinese calendar

The coin is housed in an elegant presentation case. A Certificate of Authenticity is included

All coins in the Mother of Pearl Lunar Series: 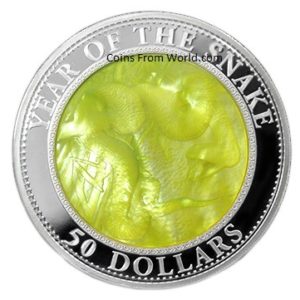