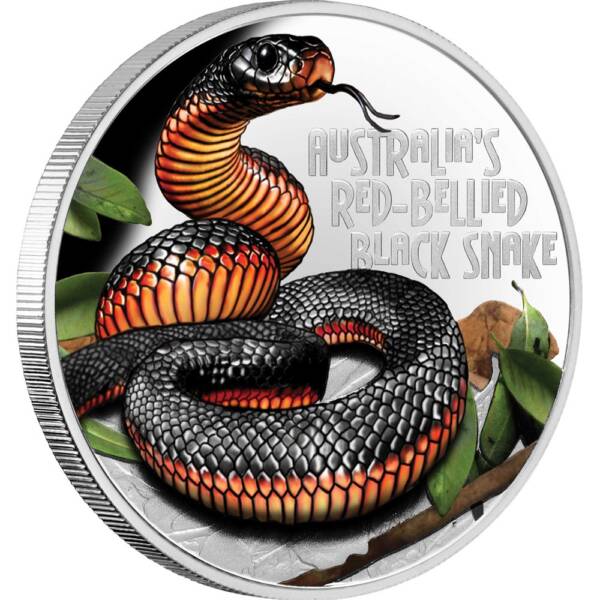 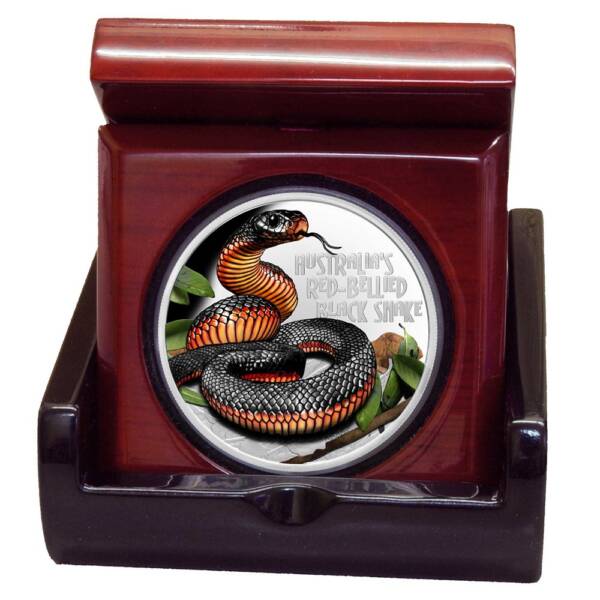 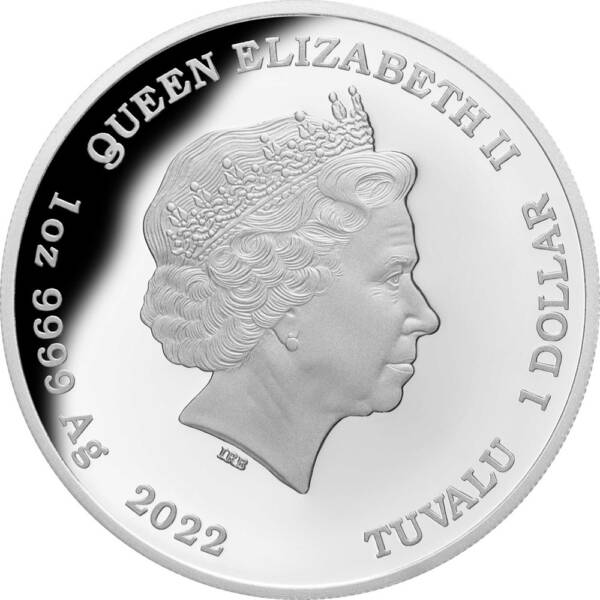 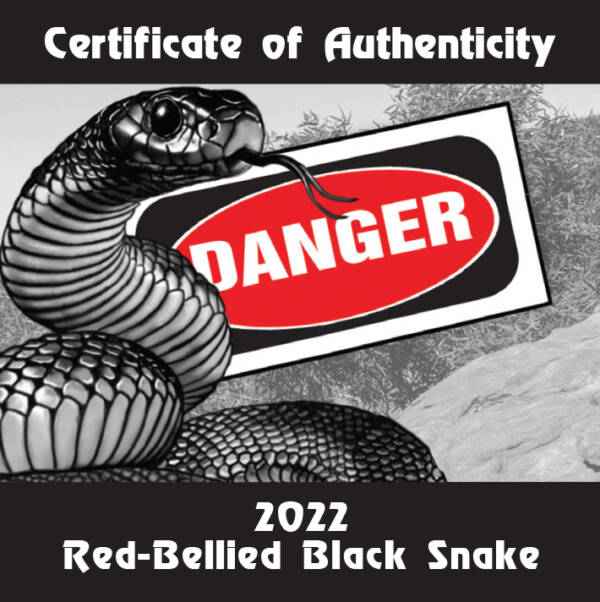 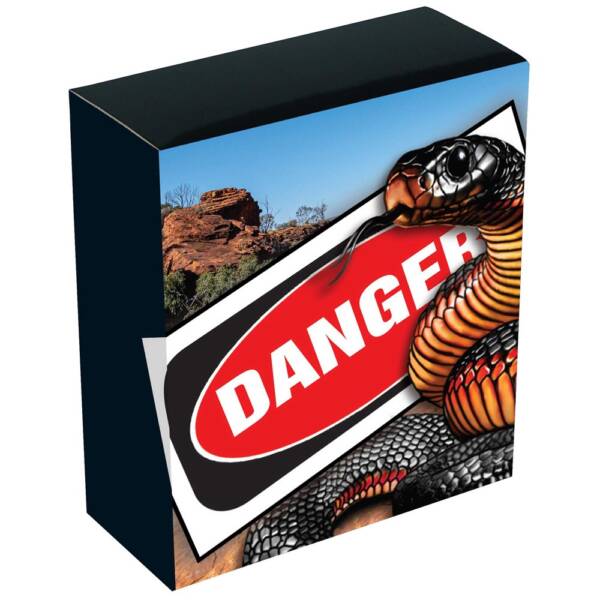 Australia’s The Perth Mint mints coins not only for its own use, but also serves a number of other oceanic countries. Located in the Pacific, Tuvalu is one of those issuers that boasts quite successful coin series – such as Deadly and Dangerous, a collection that showcases deadly and dangerous animals from this part of the world.

Eastern Australia is home to a snake whose top is dark but whose underside is characteristically red. Its length reaches 2 m. It can swim and climb trees. Its bite can be life-threatening. In short: it is better to avoid a close encounter with this venomous reptile….

If an encounter is to be pursued, it should be with its image on a Tuvalu collector coin. The numismatic coin available in our shop contains one ounce of 99.99% pure silver, and the mintage limited to 2,500 copies adds to its collector value.