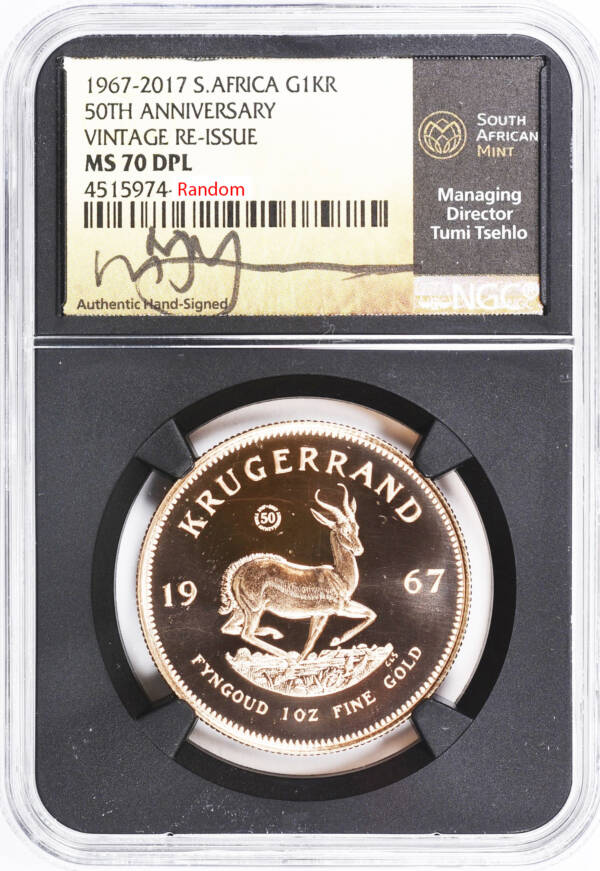 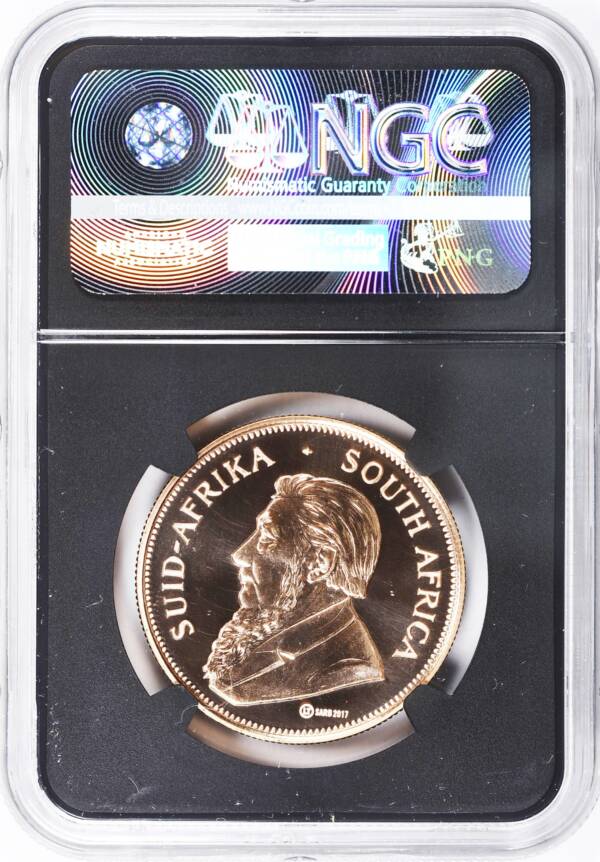 For numismatists around the world, the issue is simple – if a coin from South Africa, it is most likely the famous Krugerrand. For more than half a century, South Africa has been issuing various variants of its iconic bullion coin, the reverse of which depicts a springbok antelope (the national symbol) and the obverse a bust of Paul Kruger (the country’s 19th-century president). Once again, we have a special offer for you of the krugerrand, which is in high demand at Coins From World. 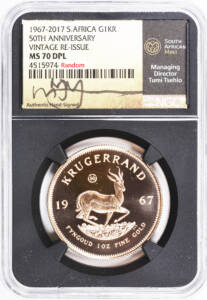 The Vintage Krugerrand special edition has been prepared for 2017 – to celebrate the 50th anniversary of the first issue of this iconic bullion coin. To emphasise the uniqueness of the anniversary, it was decided to use the original 1967 design of the coin.

Another distinctive feature is the mintage – exactly 1967 copies in this variant. What is particularly noteworthy is that only 377 pieces (less than 20%) meet the standard of a perfect NGC MS-70 DPL coin. Yes, at Coins From World we are offering just one of these copies. Even if you are not interested in numismatic coins from Africa on a daily basis, the Krugerrand is a classic worth having in your private collection.