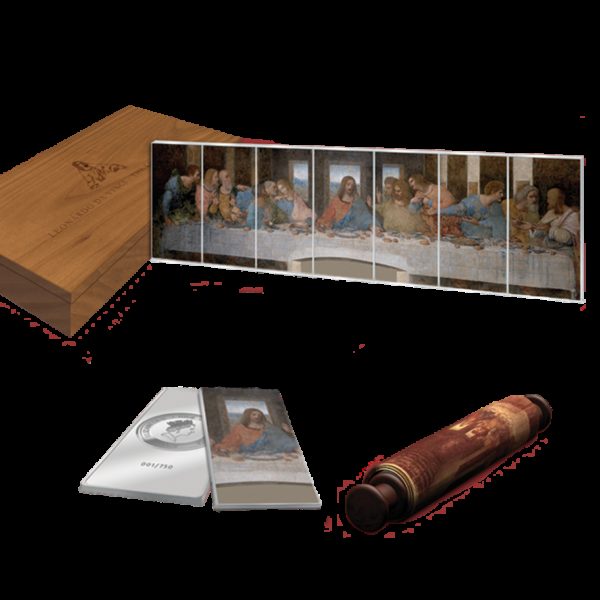 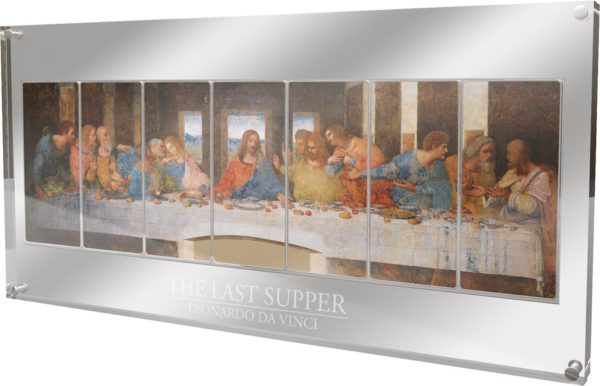 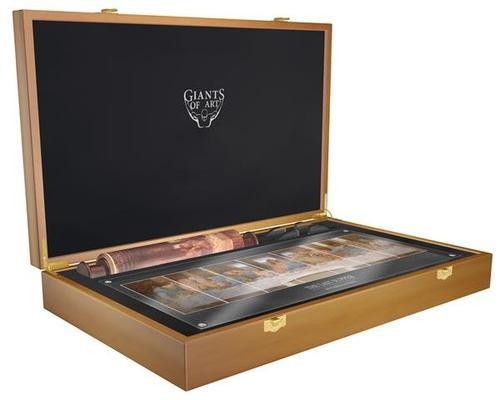 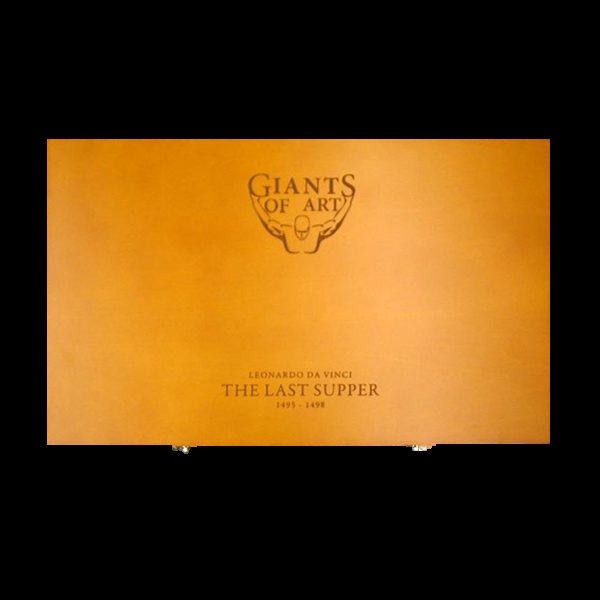 The first set of coins if the Giants of Art series

Set of seven bullion coins dedicated to The Last Supper

Coin comes in elegant box with Certificate of Authenticity

The Giants of Art – a series of remarkable silver coins – has now been updated with the newest piece depicting The Last Supper by Leonardo Da Vinci. Thanks to the modern mintage techniques, every art lover and coin collector is now able to gather the most well-known pieces of art in the history embedded in in the set of 7 silver coins. 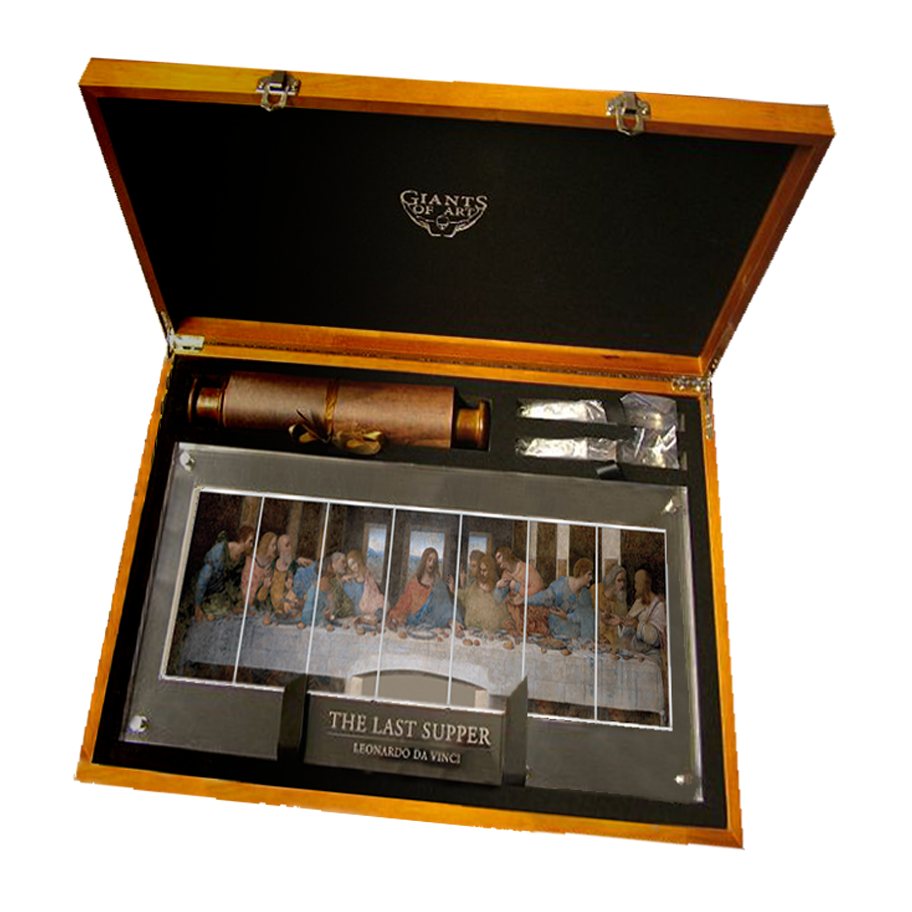 The Last Supper is a late 15-century mural painting created in the refectory of the Convent of Santa Maria della Grazie in Milan. It is also one of the most famous paintings.

It shows the scene of the last supper of Jesus Christ sitting at the table with his disciples. The painting covers the consternation which occurred among the Twelve Disciples in the moment when Jesus told them that one of them would betray him. The reactions are different and a viewer can observe various stages of shock and anger.

The painting has been included in a set of pure silver coins. On the obverse of each of them there is the portrait of Queen Elizabeth II and the face value of 5 dollars and the catalogue number of the set.

Every set of coins are delivered in a beautiful wooden box, cushioned with fine black fabric. The lid includes the inscription “Giants of Art” and the title of the fresco. In each package there is also a Certificate of Authenticity.

This unique set has been issued in limited mintage of 750 pieces worldwide.

The first set in Giants of Art series 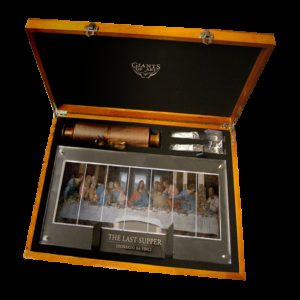