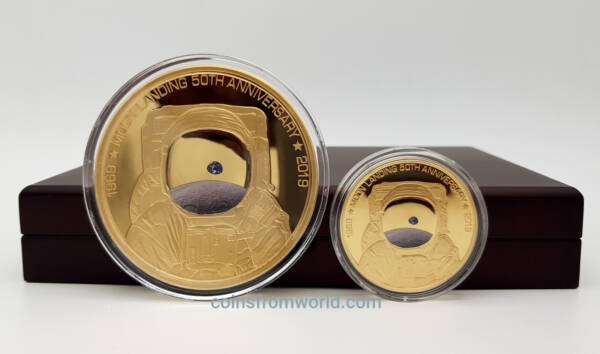 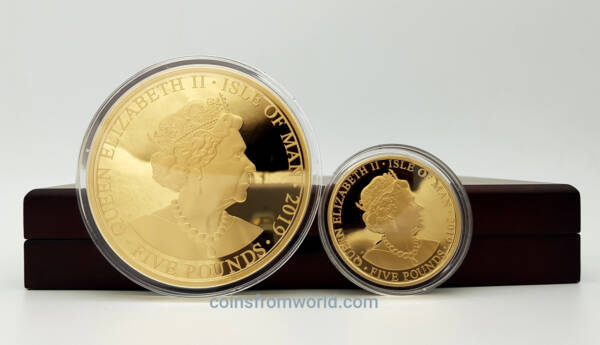 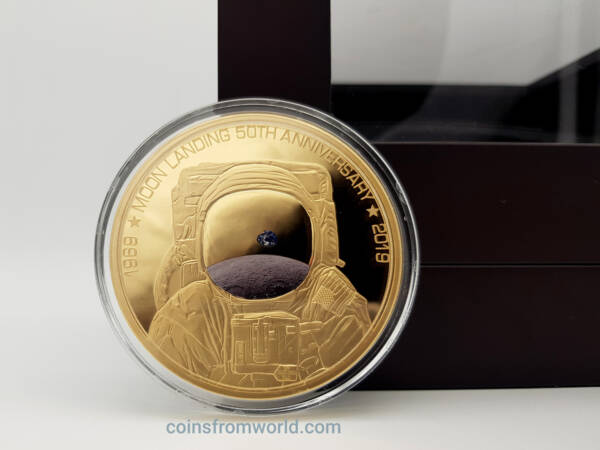 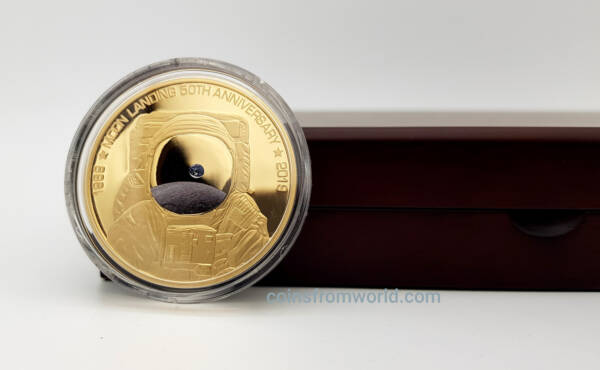 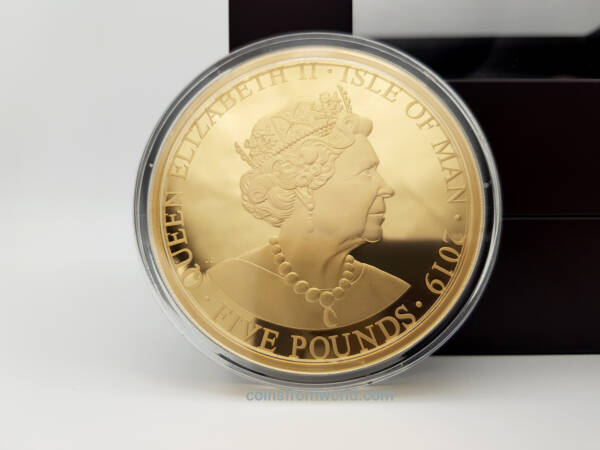 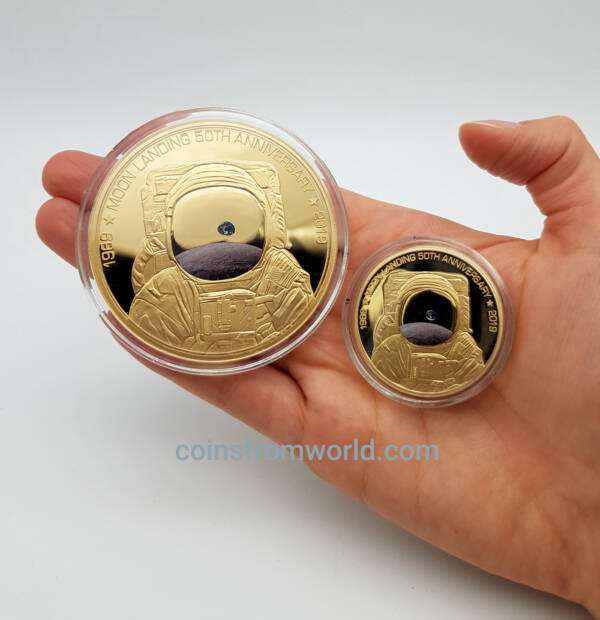 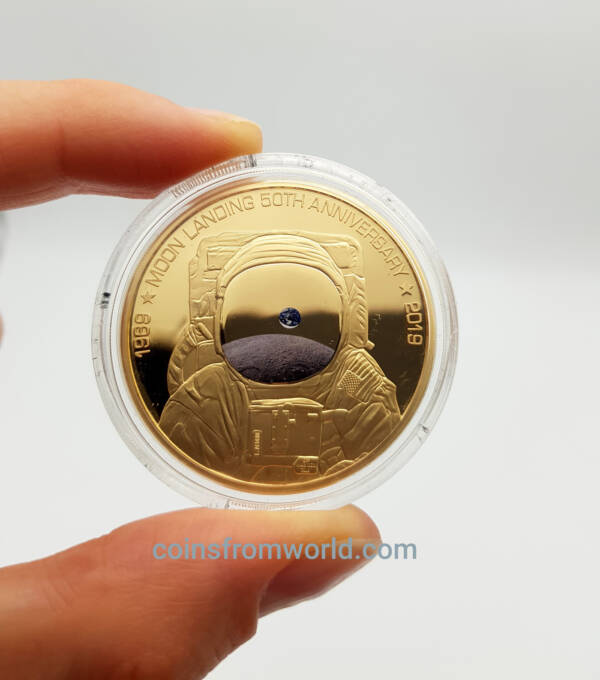 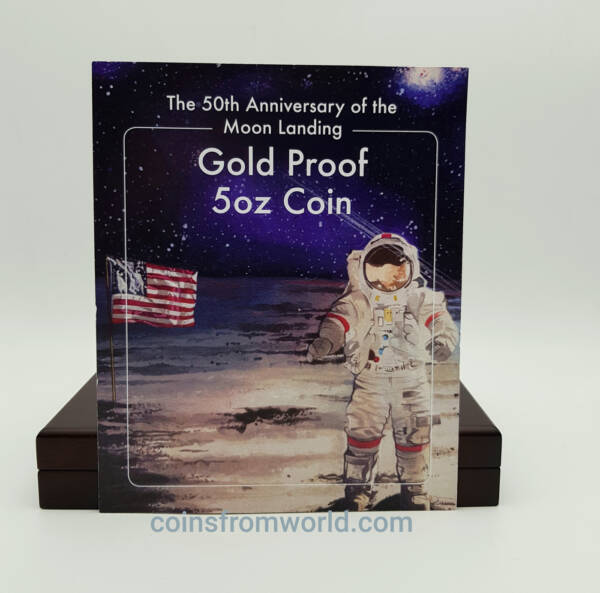 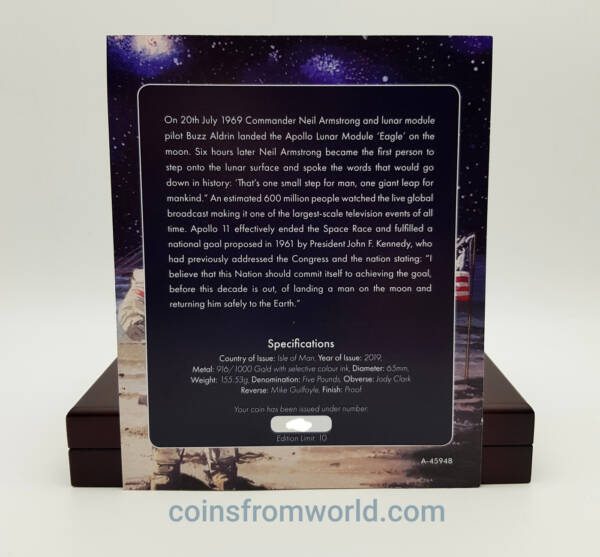 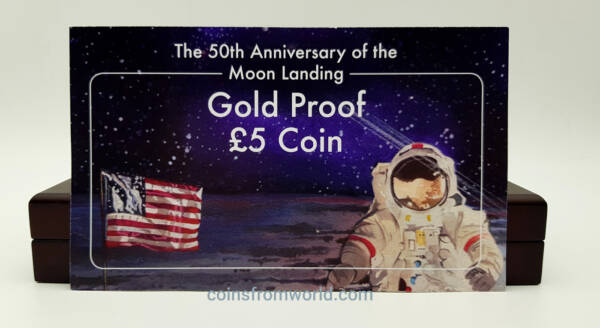 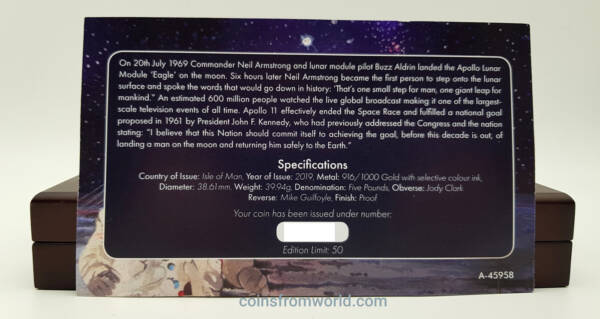 With this set of two collector coins commemorating the moon landing, we offer an excellent opportunity to remember the Apollo 11 mission, but more importantly: to invest in interesting numismatic pieces. Please find out more about the set issued for the Isle of Man.

A significant anniversary and an unusual issuer 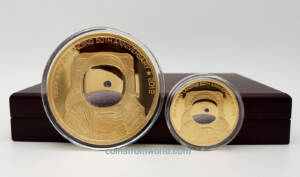 Let’s begin with the coins themselves. This set offered by Coins From World is ultra-collectible in nature. The coin containing 5 ounces of gold was exclusively manufactured in 10 copies. The numismatic coin containing 1 ounce of bullion is almost equally rare – only 50 copies were struck worldwide. We should add that in both coins the purity of gold is exactly 0.916.

However, the theme of the coins is the moon landing. On 21 July 1969, Neil Armstrong became the first man in history to set foot on the Silver Globe – soon to be joined by Edwin Aldrin. Therefore, 2019 marked the round 50th anniversary of the historic event, which is why a special coin was designed to commemorate it.

Another significant aspect increasing the value of the numismatic coin is its unique issuer – the Isle of Man. Isle of Man is a territory which is a dependency of the British Crown, but not formally a part of the UK. The Parliament on the Isle of Man has been in continuous operation since… 1979. Also, the Isle of Man (this is the name of the territory in English) issues stamps or coins, so they are valuable and desirable on the collector’s market.