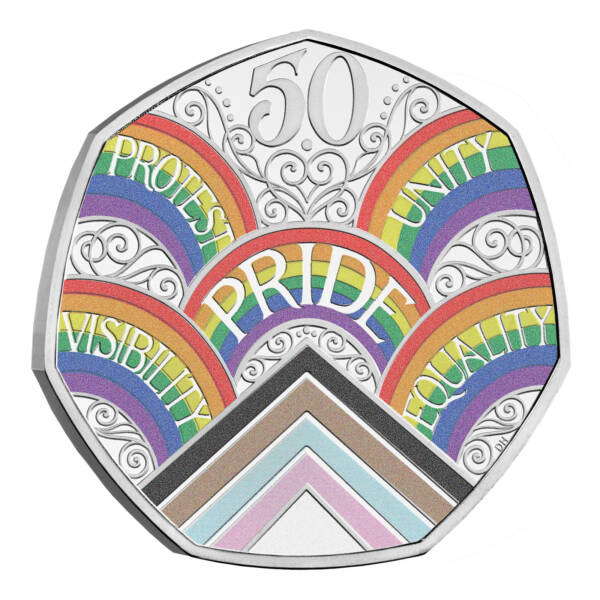 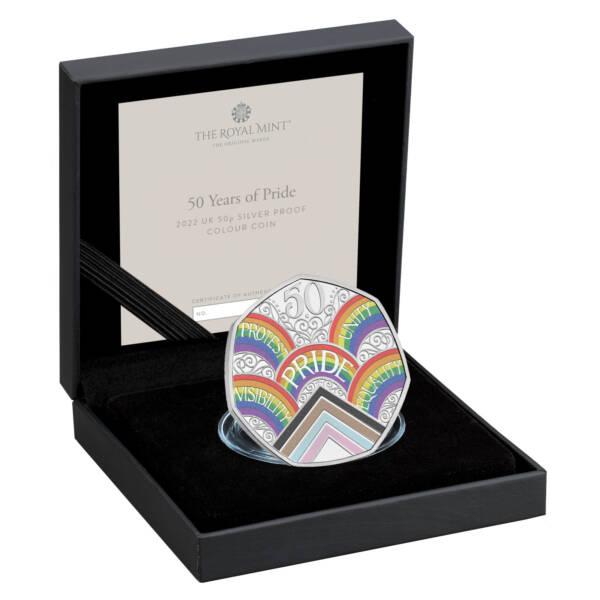 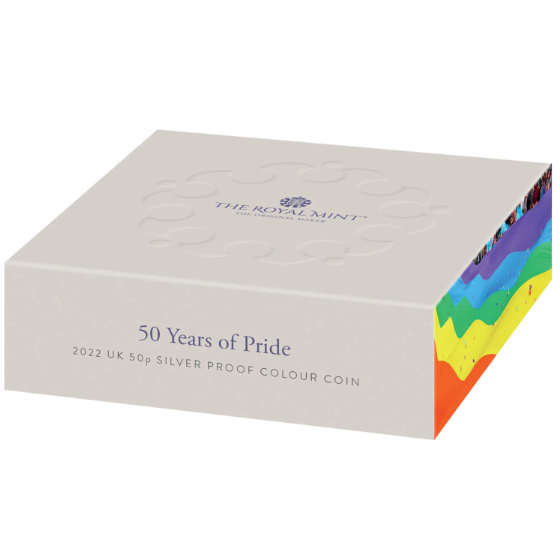 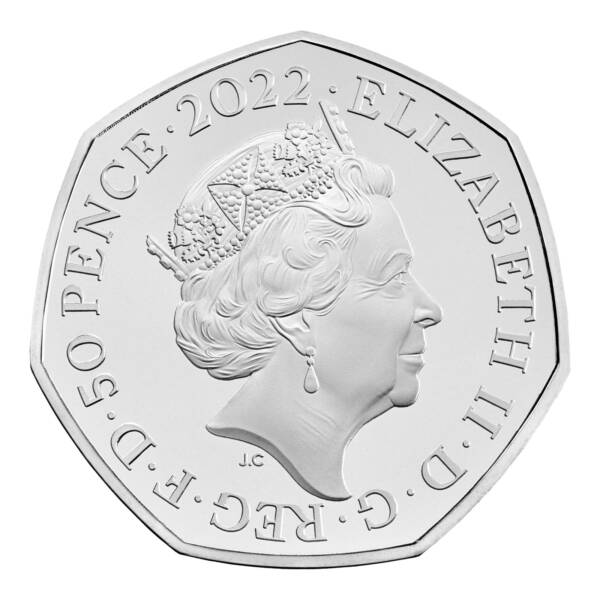 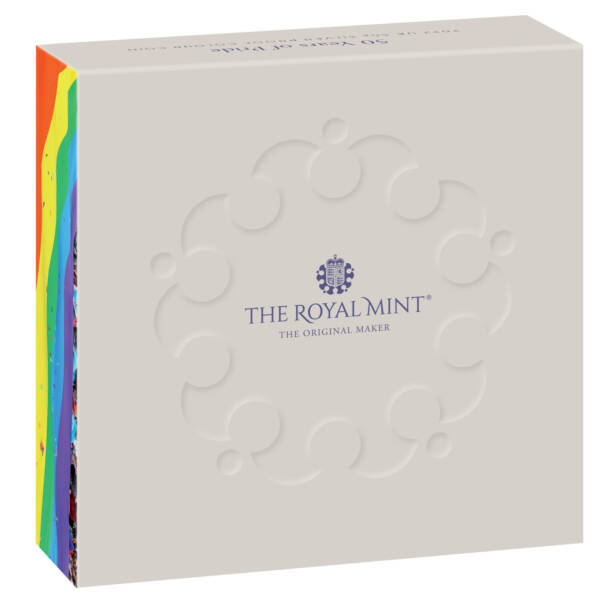 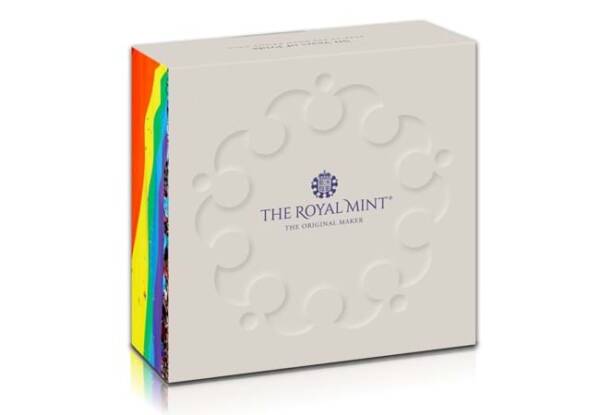 The year 2022 marks the 50th anniversary of the first Pride UK parade, which is one of the most important and inspiring events of the international LGBTQ+ community. To mark the occasion, the UK Royal Mint has decided to issue a commemorative series of collectible coins. One of its variants is issued in silver and its mintage is limited.

Half a century after the first Pride UK 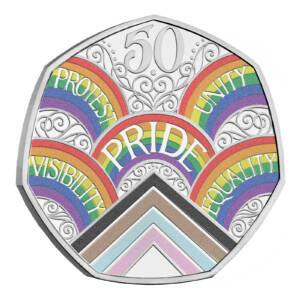 Today, pride parades take place in many countries, and in the UK itself in numerous cities and smaller towns. In 1972 this was not commonplace, with the London event alone attracting around 2,000 participants. Today, the pride parades take place on an incomparably large scale, yet it is to commemorate the challenging beginnings of the LGBTQ+ community movement that the design of this coin – the first of its kind in the history of The Royal Mint of Great Britain – was created.

The silver coin (sample .925) is coloured and the rainbow colours are unambiguously associated with the most important Pride message. The unique, colourful retro design has been created by the artist Dominique Holmes – a well-known London based representative of the LGBTQ+ community.

The value of the 50 pence coin is also evidenced by the limited mintage of 4,000 copies (maximum 4955 pieces).