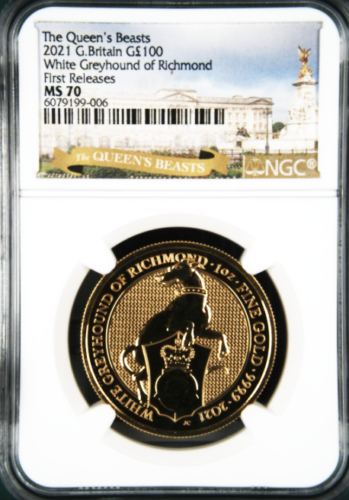 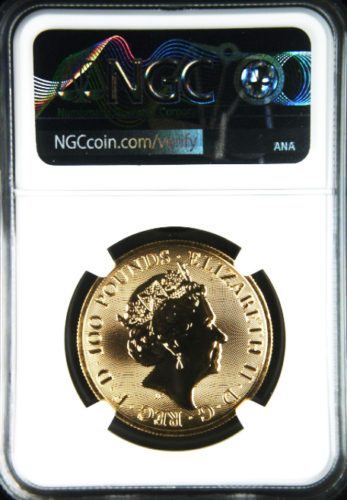 Herewith we present the 10th release of the Queen’s Beasts collection, which is directly related to the heraldry of the British throne. We highly recommend the precious coin to all collectors who appreciate historical background and traditional designs. Here we have something special for you – 1 of only 7 copies with the highest numismatic value, graded by the Numismatic Guaranty Corporation a “perfect” NGC MS70. 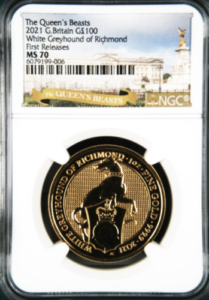 Greyhounds had already appeared on the banners of the Tudor dynasty; Henry VII’s father Edmund was Earl of Richmond. The Greyhound of Richmond became one of the heraldic beasts that accompanied Elizabeth II at her coronation in 1953, and years later – reappeared on the reverse of a valuable coin from The Royal Mint.

This bullion coin is available on the Coins From World online shop without box or certificate – yet it is one of the few pieces with the highest note in the world.

Emitted in 2021, it will satisfy the expectations of all followers of traditional design. The £100 coin contains 1 ounce of .9999 pure gold, and with a diameter of over 32mm, you’ll easily notice the meticulously crafted obverse and reverse.