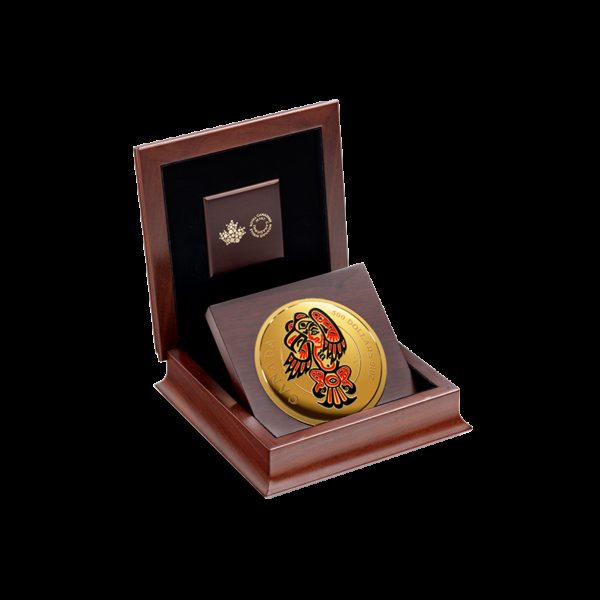 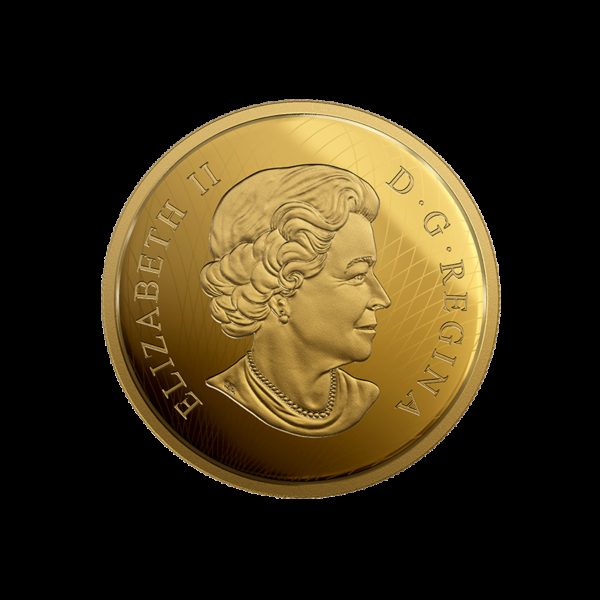 The second coin in the series – Eagle

The unique coin for the most demanding collector

HaidaGwaii is a beautiful place. This is a land of ancient legends where mythical beings move about in the guise of familiar animals from our world. This new coin series portrays three of the most powerful supernatural beings, representing the realms of water, earth and sky. The unusual Canadian gold coin in the series mythical land of Haida tribe – Eagle

Remarkably exclusive, with the mintage restricted to a mere 50 coins!

Coin comes in a Royal Canadian Mint-branded maplewood case, lined with black velvet. An individually-numbered certificate of authenticity is included.


Haida artist April White (SgaanaJaad of the Yaghu’jaanaas Raven Clan) has created an astonishing image of an eagle dancing in the sky. When looking closely one can see a human form hidden beneath it. A human articulates his arms inside the wings so they rise and fall powerfully to impel him upward with strength. The eagle wears a dance apron adorned with a salmon head design around his waist. The apron is at the same time its dance regalia and tail feathers. The bird dances in full moon. The light is represented by the circular outline of the design which also frames the silhouette of the eagle.

In the series “Mythical Realms Of The Haida” you can find the following coins: