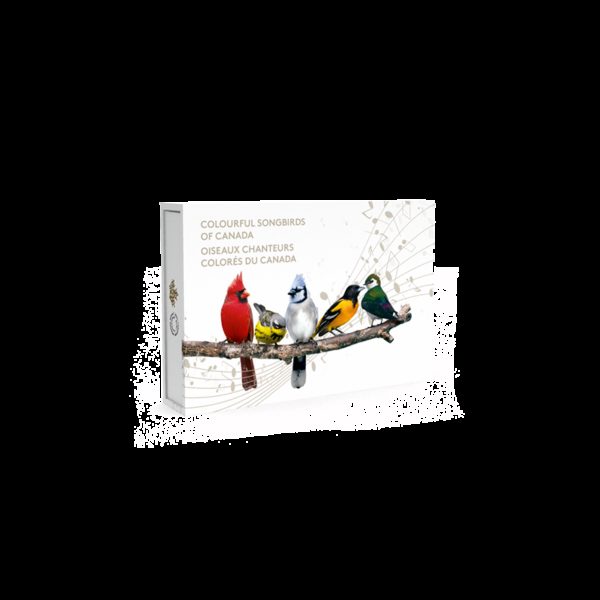 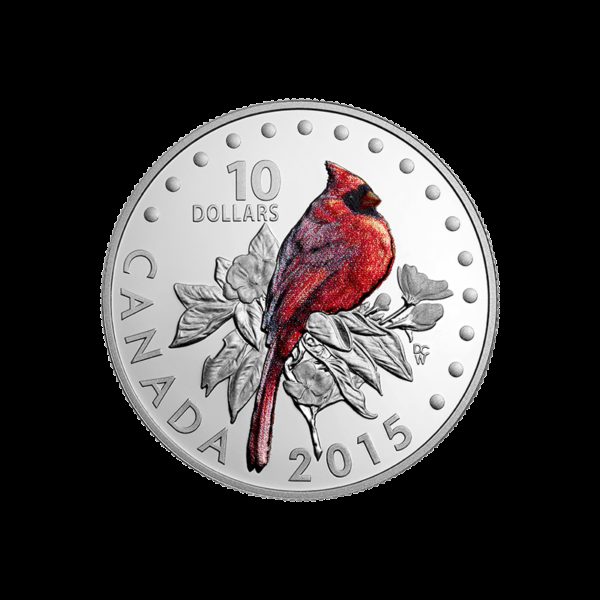 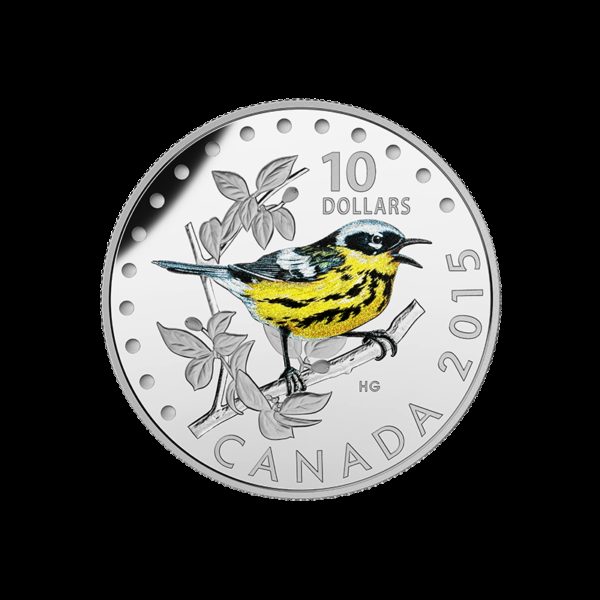 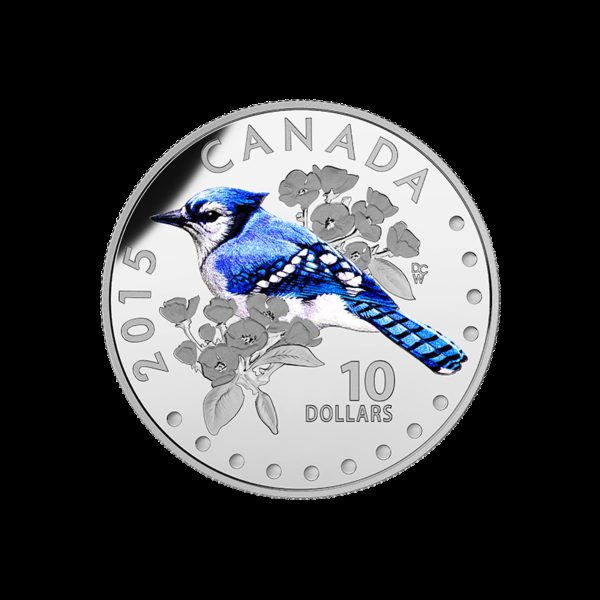 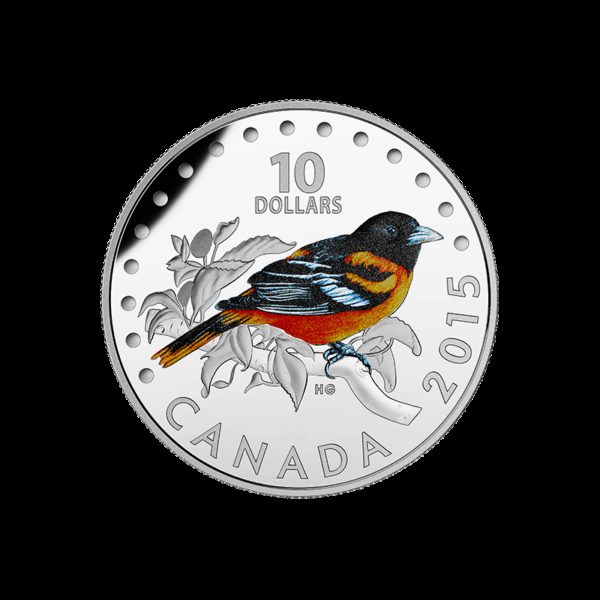 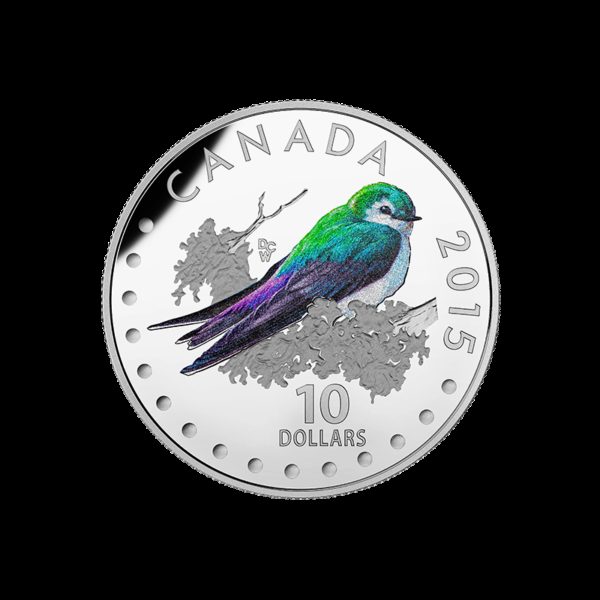 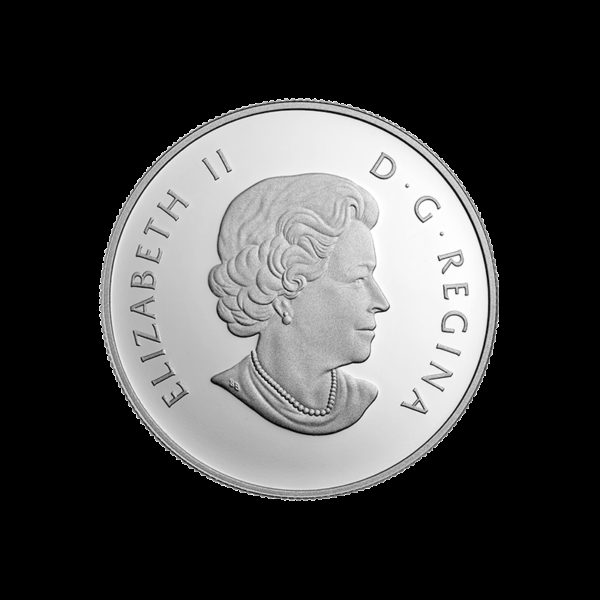 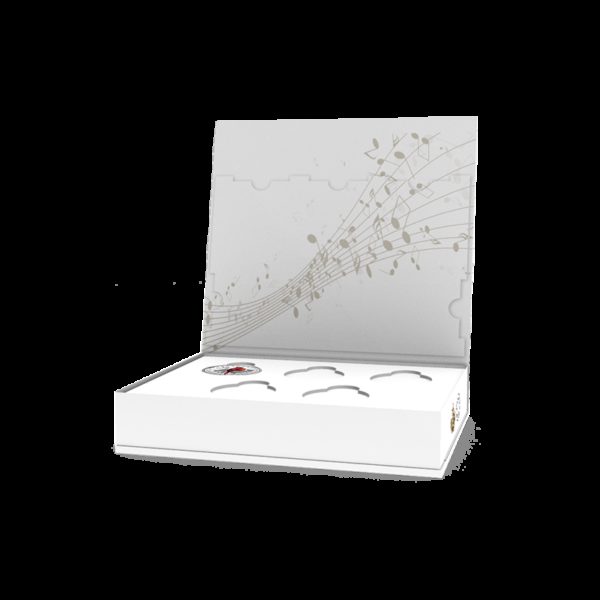 An interesting offer is directed for nature lovers

Enrich your collection with this wonderful set

The 5-coin Colourful Songbirds of Canada subscription features five birds, each beautifully painted on fine silver! A perfect gift for someone who enjoys how the Royal Canadian Mint depicts birds on silver coins.

First coin design:
The first coin in your subscription was designed by Canadian artist Derek C. Wicks and features a beautiful rendition of a northern cardinal in a tranquil setting. Finely detailed engraving showcases this songbird’s distinctive features—from the pointed crest atop its head to its thick, short bill, as well as the soft feathers that lead to its tail. The use of selective colouring recreates the northern cardinal’s brilliant red plumage viewed in three-quarter profile, as the bird sits nestled amidst engraved leaves and flower blossoms.

Packaging:
Receive a FREE MUSICAL box to store your five coins: shipped with the fifth and final coin

•  The first coin in your 5-coin subscription is the Northern Cardinal. Other
birds include:

•  As well, you will receive a FREE MUSICAL box to store your five coins: shipped with the fifth and final coin! When you open the box, it plays the sounds the five birds make with a classical melody in the background!
•  These 99.99% pure silver coins show the application of selective colour to the engraved birds and recreates the vibrancy of each bird’s colouring in the wild. 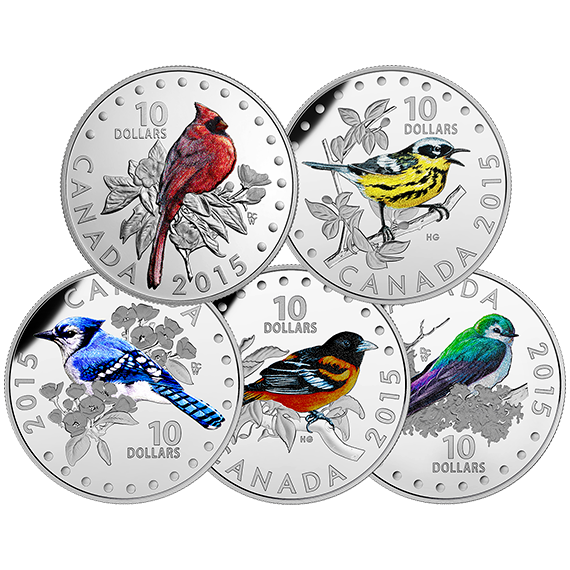