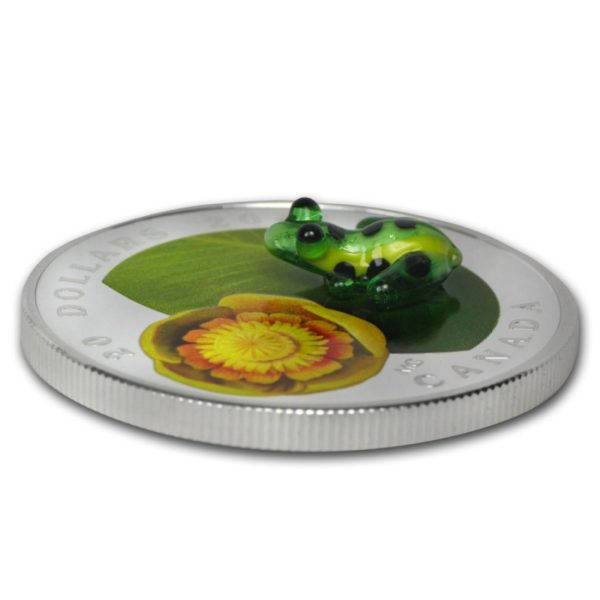 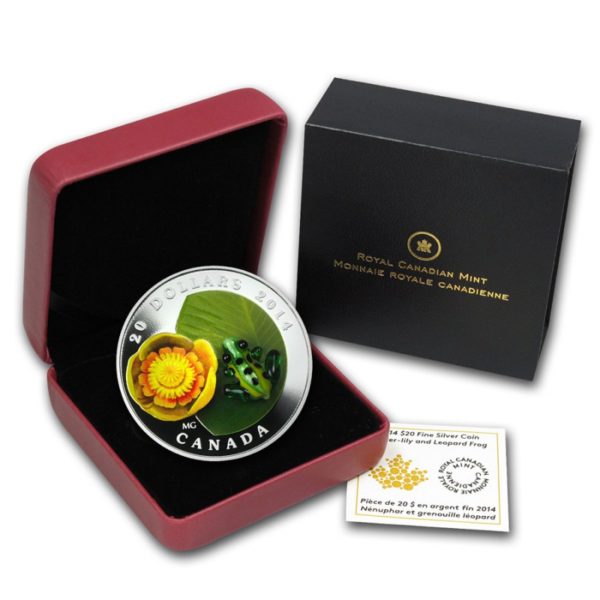 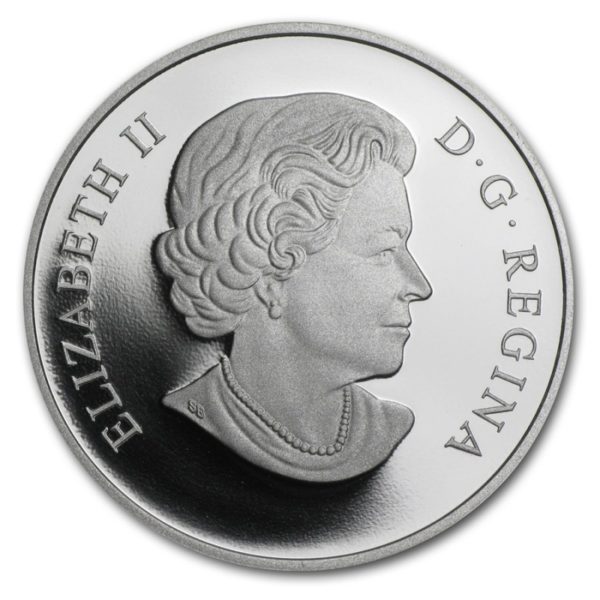 The fourth coin in the series Flora and Fauna – Leopard Frog

Hand made, made with great precision by Italian masters

The first coin with the addition of Venetian Glass

The coin is with box and numbered certificate

This is the fourth coin of a much sought-after series featuring hand-crafted Venetian glass creatures.

Found in Canadian province and Territory except Yukon and Nunavut, the leopard frog is aptly named for the irregularly shaped black spots that dot its brown, greenish-brown, or green skin. It lives in a variety of habitats including wetlands in prairies and woodlands in summer for feeding. In the fall it usually moves to ponds, streams, and rivers which do not freeze to the bottom. In the spring it emerges to seek out ponds and marshes for breeding. It is there that the tadpoles will develop. The leopard frog consumes nearly any animal that fits in its mouth, be it insects, worms, smaller frogs and even birds or garter snakes. The hunter becomes the hunted if it encounters predators such as fish, water snakes, turtles, herons, raccoons or even larger frogs.
These freshwater perennials are remarkable plants. At the surface, their buoyant evergreen leaves form a canopy that become resting places for dragonflies, beetles and even small turtles. Nine species are native to Canada, including the widespread yellow pond lily. Often dotted with a large, fragrant blossom that opens in the morning sun and closes in the afternoon, these plants are anchored to the muddy lakebed by a long stalk. A glimpse underneath these lily pads reveals a wealth of wildlife competing for cover, making these plants essential to their aquatic ecosystems.

Design:
Your coin was designed by Canadian artist Maurice Gervais and features an engraved and painted Yellow Pond Lily (Nuphar variegatum) that occupies the left side of the image field. The blossom is in fool bloom, its outer cup shaped petals opened to reveal the circular pattern of stamens cradled inside. A stunning, translucent green Leopard Frog made of Venetian glass and hand-crafted by Giuliano Donaggio – a master glassmaker in Murano, Italy – sits upon the engraved and coloured green lily pad leaf in the right portion of the image field.

Packaging:
Your coin is encapsulated and presented in a Royal Canadian Mint-maroon box with black beauty box.

In the series with Murano Glass you can find: 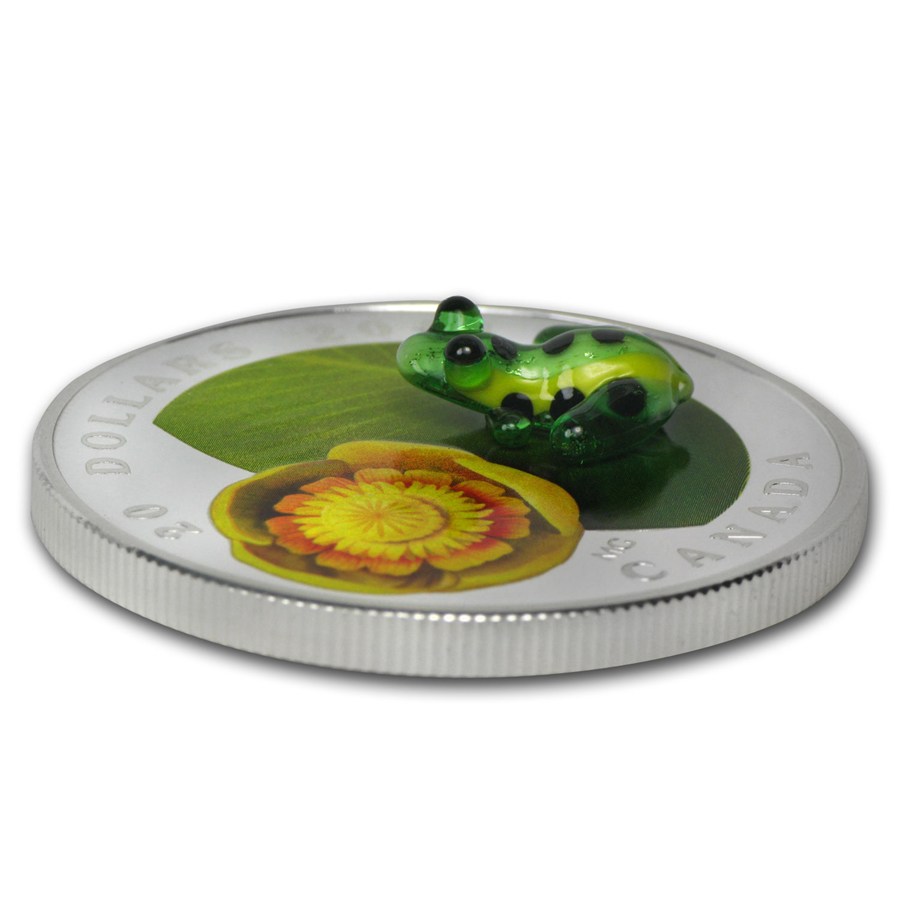