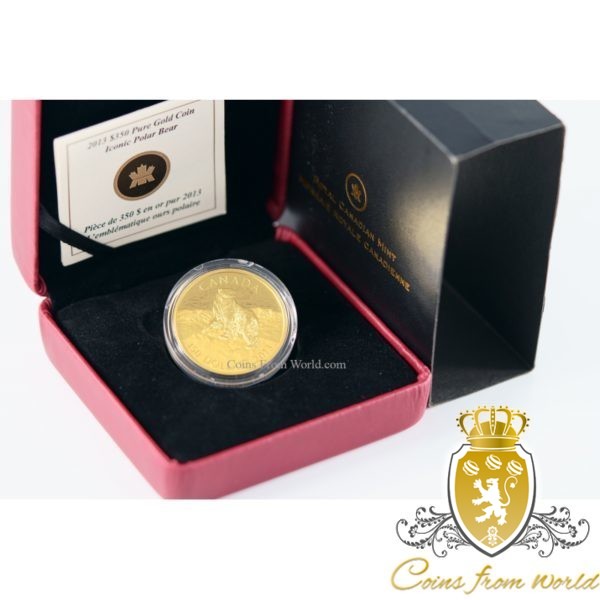 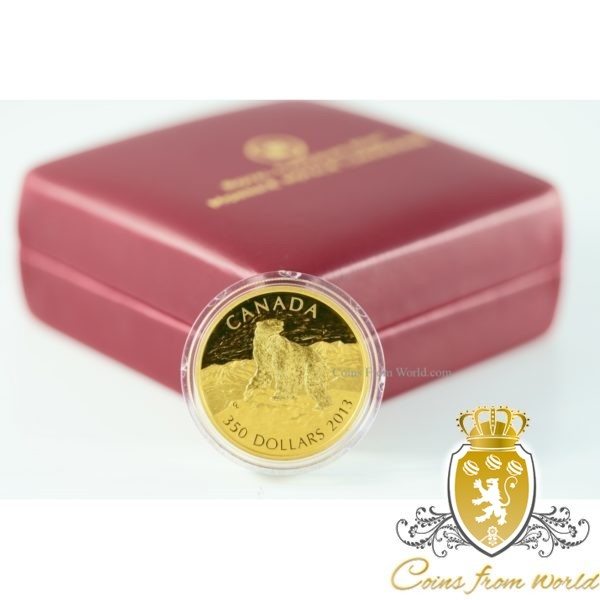 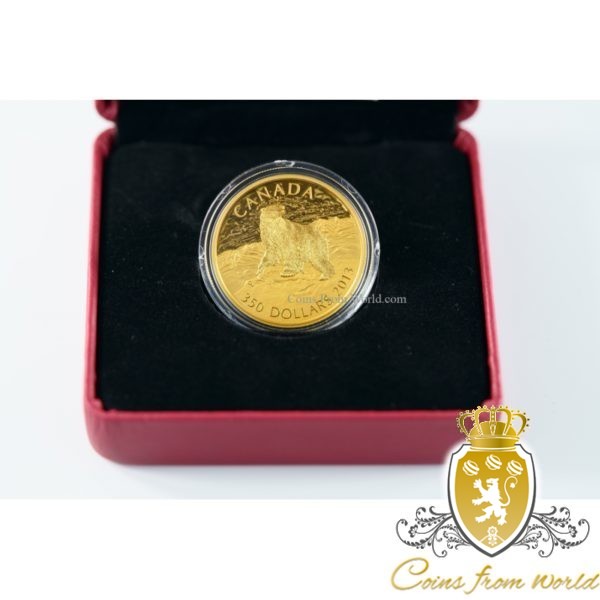 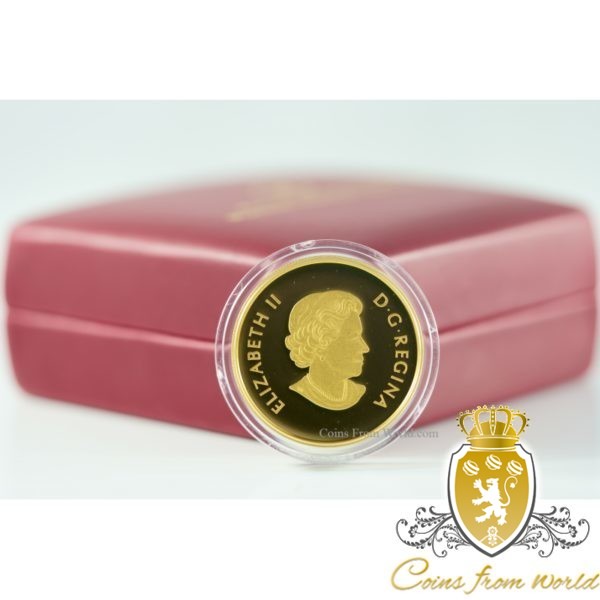 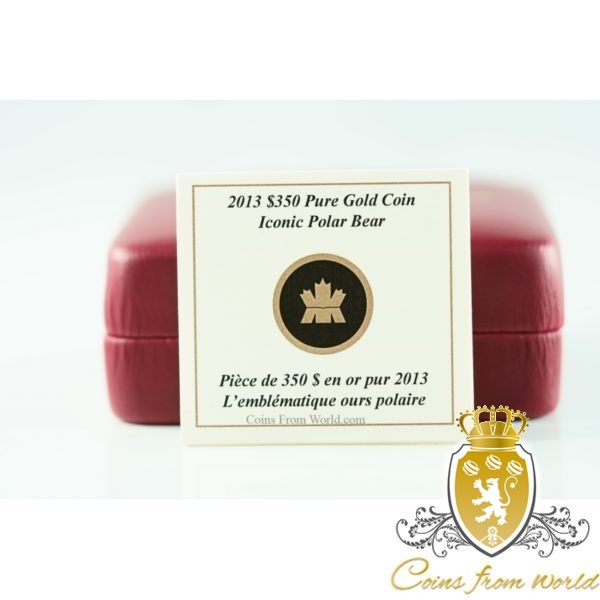 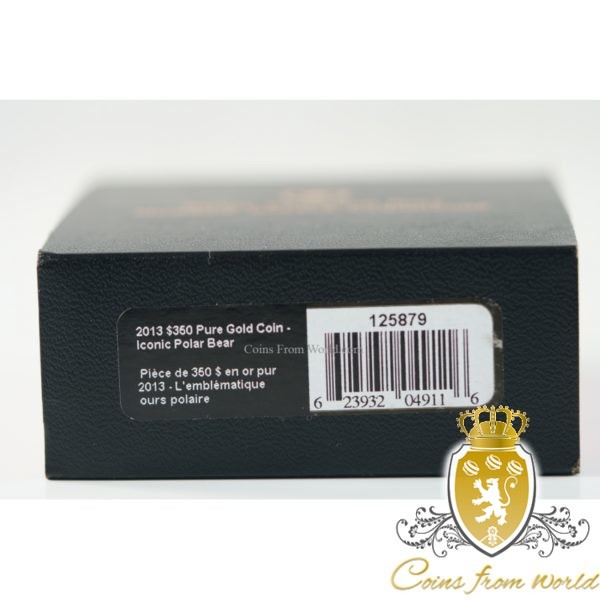 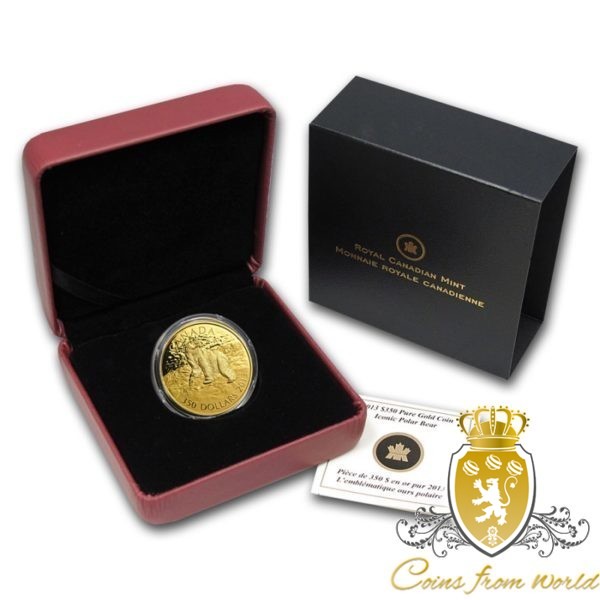 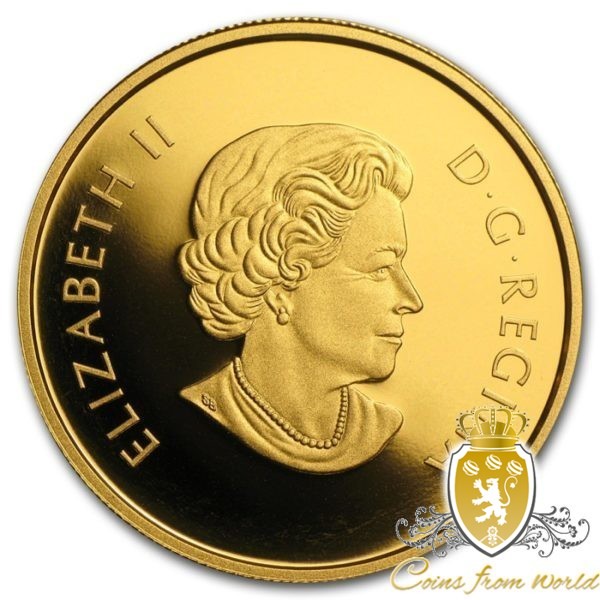 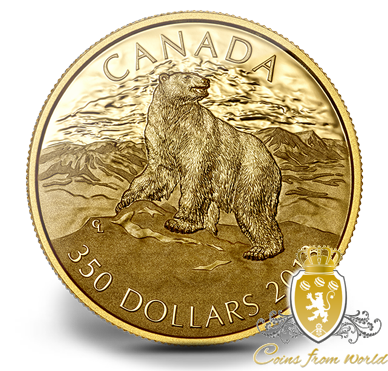 Care for details typical of the Canadian Royal Mint

A set that is especially valuable for collectors

We often emphasize that real, wild nature is Canadians’ cup of tea and they use this motive minting the luxury coins that honor fauna and flora. In this tab you can see the coin from 2013. Its high value is beyond argument. Meet polar bears that are first in the series of Canadian Wildlife Icons. 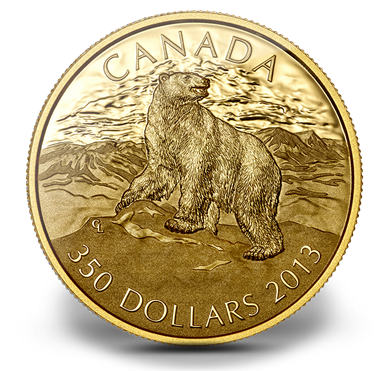 Let’s start with the coin itself. Despite the fact that it was produced in the Royal Canadian Mint a few years ago, its collector value is still very high.  The gold used was 999/1000 fineness. We draw your attention to important visual features like a serrated rim or a proof stamp. Each of the 600 copies was packed into an exclusive box with a certificate of authenticity and you receive such a set after paying for the order. Weight? 35 grams with a diameter of 34 millimeters. Interesting design, typical of the Canadian mint. A real masterpiece.

What about the main character, the gold coin iconic polar bear? Well, it lives mainly in the Arctic, and the farthest south it goes is James Bay area in Canada. Do you know that fur of this “teddy” is not white at all? This is translucent hair filled with air. It gives the necessary heat, while the optical illusion generates reflected light. Black leather absorbs energy, thanks to which these bears can live in polar conditions. Endangered species prefer to live on the border between ice and water. Do you know Coca-Cola ads with the polar bear? The one you could meet eye to eye certainly would not be so friendly… They are predators that have no mercy for their victims.

Only 600 items on the market

Emission from 2013 – gold coin available at Coins From World

Collectors’ set with box and a certificate

Made from 35 grams of pure gold

A very stylish workmanship, a part of the Canadian Wildlife Icons series 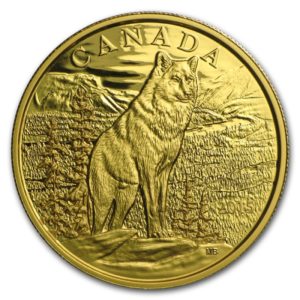 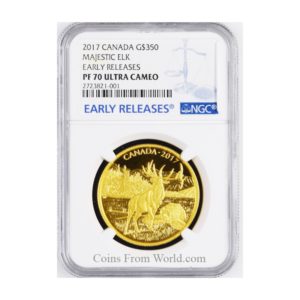 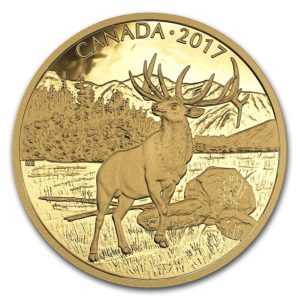 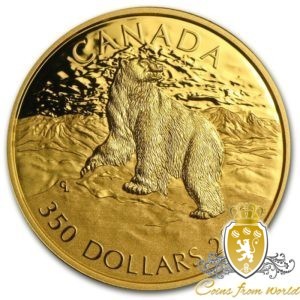 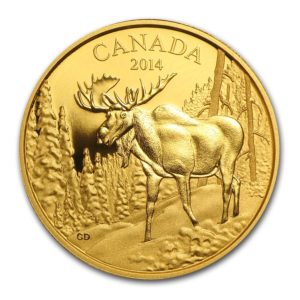