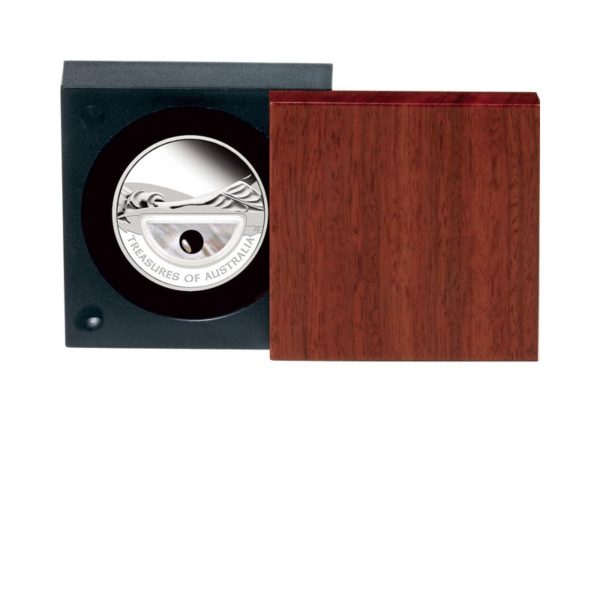 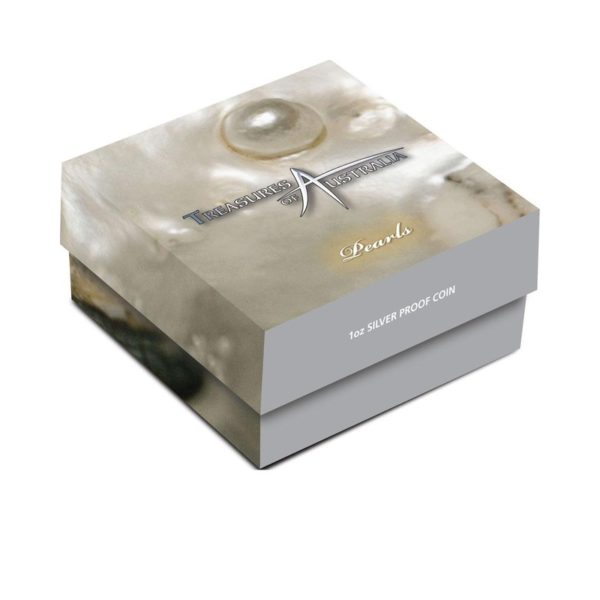 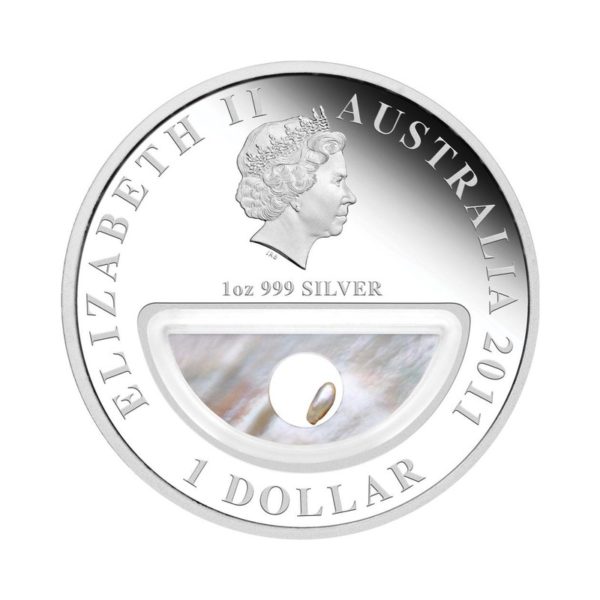 The fifth and last coin in the series, with pearls and mother of pearl

In the series “Treasures of Australia” is a 5 amazing coins

Between 2007 and 2011, Treasures of Australia has celebrated five glittering prizes found in Australia:  Sapphires, Opals, Diamonds, Gold, and Pearls.  The final release in this series features the pearl.

Oysters create natural pearls by depositing layers of nacre over a grain of sand or other intruder that settles inside the shell.  Cultured pearls develop around a bead implanted by human hand.

Since ancient times, the pearl has been a symbol of purity and femininity.  It is the oldest known gem, and for centuries, it was considered the most valuable.  The pearl is the birthstone for those born in June.

The design surrounds a transparent half-circle locket containing approximately 1-carat of Australian white opals.  A token of hope and purity in ancient times, opal is the modern birthstone of people born in October.
Scheduled for release between 2007 and 2011, Treasures of Australia celebrates five glittering prizes found in Australia:  Sapphires, Opals, Diamonds, Gold nuggets, and Pearls. 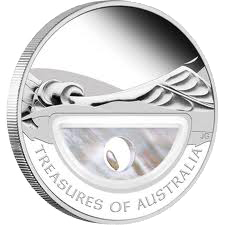 Keshi pearls are small non-nucleated pearls typically formed as by-products of pearl cultivation. A Japanese word also meaning “poppy” (ケシ, 芥子), it is used in Japanese for all pearls that grew without a nucleus. Originally, keshi pearls referred to those pearls formed when a bead nucleus was rejected. More recently, keshi has been used to refer to second harvest pearls and even to freshwater non-nucleated pearls. However the later usage referring to freshwater pearls is considered erroneous by many leading gem trade associations. Because they have no nucleus, keshi pearls are composed entirely of nacre.