The world of numismatics is more complex than it may seem at first glance. Even a short adventure with this type of collecting quickly reveals that coins do not always have to mean a small, circular disc, reminiscent of a normal payment. Sometimes, however, mints can surprise even the greatest experts on the subject.

What surprises the mint of this world? Sometimes it is a shape – for example, rectangular coins or permanently hidden in tiles or glass. Specialists experiment with various ores based on gold, silver and platinum, sometimes reaching even more expensive materials. In general, however, even more valuable coins remain small, extremely delicate and light money, which fact – surprising with the craftsmanship, but certainly not dimensions. More important than weight or size is usually used ore and numismat, which sometimes does not exceed several dozen copies.

Against this background, the coin prepared in the Perth Mint is a true colossus, Uluru of numismatics. Yes, Australia can again be associated with immensity, just like the beautiful rocks of Ayers Rock. The Perth Mint came up with an unusual idea. Well, it was decided to create a coin weighing exactly 1 ton. Of pure gold. What is the most interesting? The project was implemented. This record numismat exists and makes an electrifying impression.

They went on record

Such a heavy coin became the most expensive coin in the world. Its dimensions are almost 80 centimeters wide and 12 centimeters deep. An extraordinary project will be recorded in the annals under the name of Dr. Stuart Devlin – an experienced royal goldsmith and jeweler. The symbol used on the coin is, of course, a red kangaroo, surrounded by a description of a 9999 gold sample and a ton of weight. The obverse is under the patronage of Queen Elizabeth II, after all, the monarch of Great Britain exercises sovereignty over the territory of Australia. Under her likeness there is an unusual face value – as much as 1 million dollars.

You can ask yourself why it was decided to make such an expensive and unusual project. The answer is not surprising. For publicity, what can be exemplified by the fact that we write about it also in Poland. The promotion of the Australian mint from Perth has gained an unusual momentum. The idea was put into effect at the end of 2011, revealing the numismat among the leaders of the Commonwealth community. Without a surprise, in 2012, the object was entered into the Guinness Book of Records.

Soon after the presentation, the coin … went on tour, like a rock star. The travel map was quite obvious – focused on cities, where the mint market is particularly developed and popular. And so – leaving peaceful Oceania – the one-ton numismat reached Asia via Europe, crowning the tour in Berlin as part of a special World Money Fair show, where the most interested specimens gathered. The “well-deserved rest” for the golden kangaroo meant a return to the motherhood – the mint in Perth, where a special stage and a dimmed gallery were prepared.

The times of hectic gold searches have passed, its value has not changed. Bah! Systematically growing … However, even with a considerable fortune, it is not usually every day that you can watch a ton of gold enchanted in one subject. The Australian Kangaroo One Tonne Gold Coin is exhibited as part of the “Golden Exhibition” at The Perth Mint, the Australian Mint. If you happen to be in Western Australia, it’s really worth visiting this place. The tradition of the mint dates back to the nineteenth century, when the demand for gold was growing. Already at the beginning of the twentieth century work began on the innovation of minting processes. The closer to our time, the more examples of work on unique, limited editions created for collectors. In 1989, the mentioned Dr. Devlin designed the legendary image of Red Kangaroo, through which we will get to know the works of the mint from Perth even at the other end of the world. The example of a one-millionth dollar coin is another proof that the imagination of numismatists knows no limits. Who will break the moment of this work …? 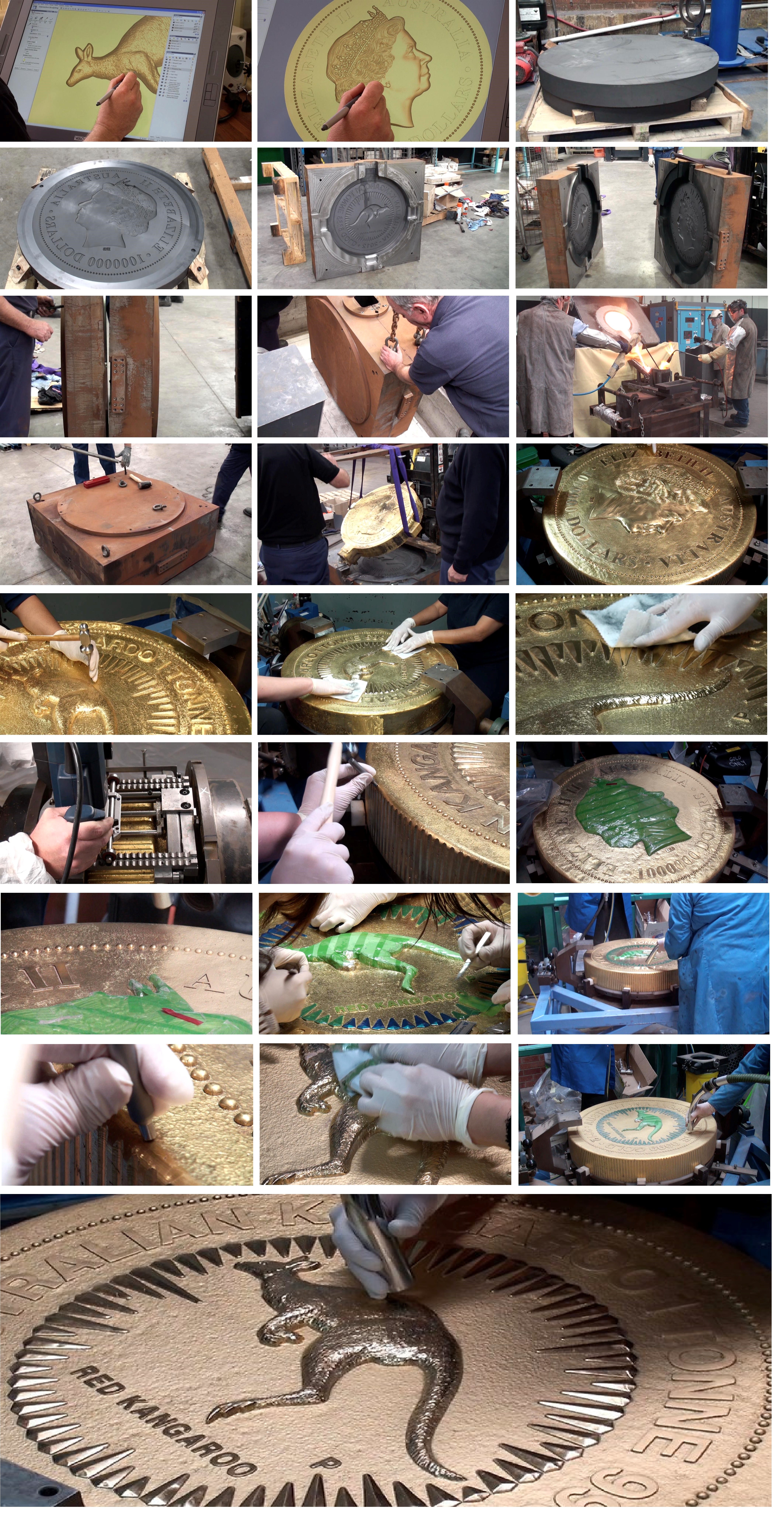